The Castro Cultural District work-group is proud to have received and celebrated our official designation this Pride! We had a great time marching in the San Francisco Pride Resistance Contingent and speaking to people at our booth! 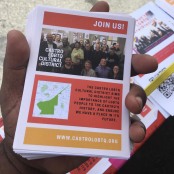 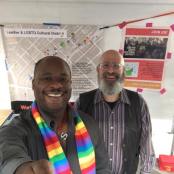 The Castro LGBTQ Cultural District is being created with the intent of preserving, sustaining, and promoting the LGBTQ history and culture of the broader Castro district. The creation of the Castro LGBTQ Cultural District will highlight the structures and sites important to this history; fostering racial, ethnic and cultural diversity among its residents and businesses; and creating a safe, beautiful, and inclusive space for LGBTQ and allied communities, from those who call this neighborhood home to those who visit it from around the world.

The Castro LGBTQ Cultural District is a living, breathing geographic and cultural area with rich political, social, economic, and historical significance to the LGBTQ community. The neighborhood has been recognized worldwide for nearly half a century as a beacon of LGBTQ liberty and an enclave for LGBTQ people to find safety, acceptance, and chosen family. The Castro has long drawn new residents and visitors from every corner of the globe who seek out the neighborhood because of its significance as a center of LGBTQ life.