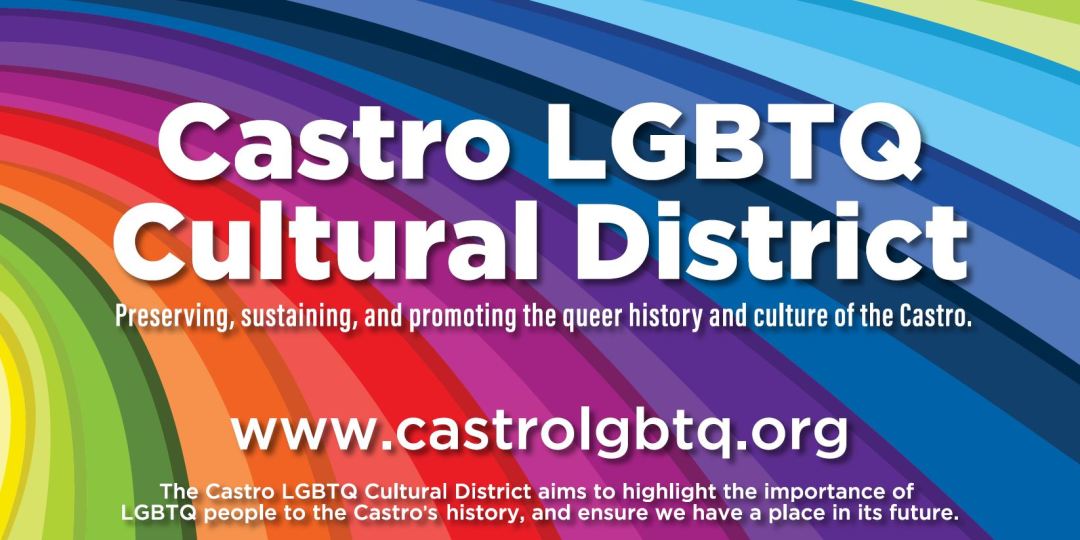 Stay tuned for our next election!

The Castro LGBTQ Cultural District will be managed by an Advisory Board of 15 people.  Click here for a complete description of voting procedures.

To submit a nomination for the third and final round of elections, click here.

Do you have an interest in the future of LGBTQ culture and people in the Castro? The Castro LGBTQ Cultural District is getting ready to conduct the third and final round of elections for its founding board.

The Working Group Meeting on August 8th will include time to discuss and review the election procedures, answer questions from folks possibly interested in running, identify gaps in the current board’s desired diversity, skills, and resources, and create an action plan to fill those gaps.

Five seats will be open in a community election to be held Saturday, September 19th, 2020. Nominations are expected to open after the meeting with a nominations deadline of August 29th.

Ten board members are already seated and have been working on projects such as securing city funds, hiring a District Manager, planning for COVID19 response, and more. We’ll be electing five more board members.

Over the next year, board members will work together to support and oversee the District Manager in conducting our official needs assessment, also called a CHHESS report survey, and setting up committees on each of the Cultural District’s eight topic areas:

These committees will conduct careful, far-reaching discussions and planning aiming to find new solutions for the most pressing issues facing the LGBTQ Community. The board also works on a wide variety of topics involved in establishing, funding, and operating a new non-profit agency in San Francisco. As such, board members are committing to monthly meetings, committee service, homework between meetings, board training, and group work. The time commitment is 5-10 hours per week, sometimes more for officers and committee chairs.