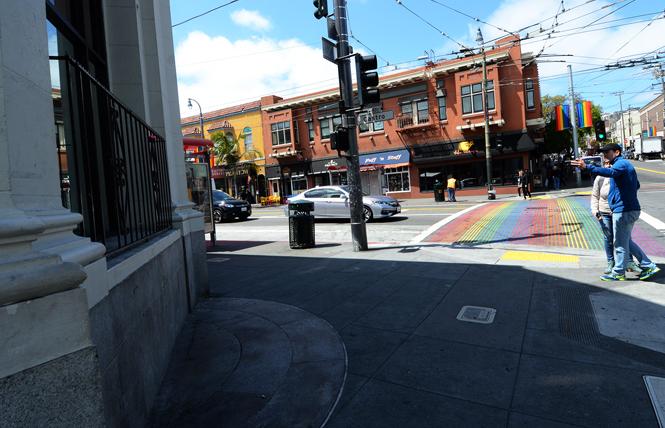 “The Castro has been the heart of the LGBTQ community for decades, and the Castro LGBTQ Cultural District will enable us to preserve our history and continue building our community in the neighborhood,” Sheehy, the board’s lone gay member, said in a news release. “The Castro is a haven for our community and is a beacon of hope around the world.”

Terry Beswick, executive director of the GLBT Historical Society, strongly supports the cultural district. He thanked Sheehy, Ronen, and Supervisor Jane Kim for their efforts on creating cultural districts. Kim’s office is involved in the South of Market LGBTQ and Leather Cultural District and the TLGB district in the Tenderloin.

“The Castro has truly been a beacon of LGBTQ culture and history recognized around the world,” Beswick stated in the news release, “and this measure will help keep the gayborhood going the way of the Polk, Tenderloin, and other neighborhoods that have largely lost their queer identity and businesses.”

Sheehy’s office said that community forums will be organized over the coming months by the Castro Cultural District Working Group to help lay the groundwork for the mission and purpose of the subsequent nonprofit whose goals will be preserving, sustaining, and promoting the LGBTQ history and culture of the neighborhood. This will include highlighting structures and sites important to LGBTQ history; fostering racial, ethnic, and cultural diversity among resident and businesses; and creating a safe, beautiful, and inclusive space for LGBTQ and allied communities.

Meeting dates will be announced soon.